Serious Business is a social tool that democratizes the decision-making process through online debate. Join Now!
To learn more, check out the FAQ or Tour.

Your profile reflects your reputation, it will build itself as you create new debates, write arguments and form new relationships.

Make it even more personal by adding your own picture and updating your basics. 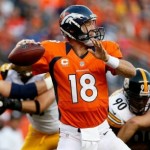 Enemies
View All
None

Joined:
8 years ago
10 most recent arguments.
View All

I meant to say "wouldn't". I was rushing that argument. So, take the first part and change would to wouldn't.

Rape is just forced sex. I would bring death upon a man for forced sex. That is just jail time.

Murder? Still no. If i kill the murderer then I am just killing again. This time it's just legalized. I would still place him in jail.

Torture? If this was the case then I would say that our military should be put to death if torture is punishable by death (not the entire military, but those who use torture as a method for retrieving information). Even then I would say no. An eye for an eye will make the world blind.

I don't think killing a man will stop crime. Crime seems to be a natural by product of human nature.

Should heart surgery be legal? Of course. I feel as of it is another operation that is voluntarily chosen by the female seeking the abortion. The women should be able to walk into a doctor's office and receive abortive services if possible. Of course doctor should also be allowed to charges fees for the operation (as all operation do).

I am personally opposed to the death penalty. I believe that life is jail or solitary confinement should be used, but I can see argument from the other side mentioning the cost of these methods over just killing the person being held with charges.

It's not intrinsically racist (as I am sure that this is to promote African American modeling). However, it does set itself up to a Miss White USA. If a Miss Black USA can exist without intrisically being racist then someone else of another race or skin color could do the same if they truly feel the need to promote their race.

The proof is in the statement itself. Monday is the day before Tuesday. That is already known. Providing evidence for that is useless asit is already there. A statement that requires proof would be like "Iceland is home to Elephants". That statement can be pressed for evidence and dismissed if I fail to provide the evidence.

I shoupd have constrained this debate, but the one person will not move regardless of any external stimuli or any intrinsic motivation.

What does this debate seek to accomplish, if anything?

That should be fairly obvious in my last request in the debate description.

Such a negative nancy.

8 years ago
Support Dispute Clarify Jump to Debate→
View All

The Trolley Problem - What will be your choice?
Winning Position: Kill the one person