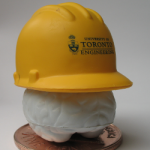 You can share this debate in three different ways:

Is Giving an XO Laptop to Each Homeless Person a Good Idea?

In modern society, people are evermore relying on the Internet for tasks such as banking, job searching, keeping updated on recent news, remaining connected with friends and family, and finding various resources quickly. In "Internet access is 'a fundamental right'", published in BBC News on 8 March 2010, a BBC survey is discussed wherein it "found that 87% of internet users felt internet access should be the 'fundamental right of all people'." In order to access the Internet, a computer must be used.

The computer in question is the XO Laptop, which is a laptop that costs under $200 when ordered in bulk. It was designed for the One Laptop per Child (OLPC) initiative by "experts from academia and industry" to be a "rugged, low-cost, low-power, connected laptop with content and software designed for collaborative, joyful, self-empowered learning." In addition to providing Internet access, this computer would enable the homeless to easily make use of open source productivity software that for tasks such as writing CV's and cover letters.

Although there are publically available computers with free Internet access offered by the public libraries, they provide limited time slots on the computers and the libraries are not always open. This deters people who are completely reliant on the public computers from working on projects that require large periods of time. In addition, the computers in public libraries do not allow individuals to install software which may be required for a particular task.